Just Started a Made In USA Amazon Influencer Storefront 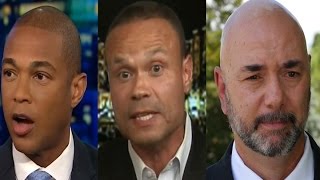 Don Lemon brought on Secret Service Agent Dan Bongino onto CNN only to berate him and use him as an anvil to pound on as CNN continues to be more overtly The Clinton News Network. As they defame Trump and disproportionately focus on Trump, they chose to completely ignore the illicit and immoral behavior of Clinton shown in her various scandals and backed up by hard evidence-- not just possibly insensitive or imprudent words. Don Lemon lied repeatedly when he said Hillary Clin